From the Board of Directors:

The Syrian Arab Horse Association on behalf of the family of the Syrian Arabian horse breeders, lovers and enthusiasts, is glad to present information introducing our association with its goals, ambitions and concerns. we are confident that the subject of Arabian horses is important from all sides because it is essentially related to our spiritual and cultural traditions. It’s not only our responsibility, it’s the responsibility of every Arabic speaking person in this beloved country. Let’s unite our minds and hearts to keep the Arabian horse precious and honored in our precious and honorable country. this Arabian horse, who has carried our grandfathers to the fields of glory is still carrying our name.

“God’s hand is with those who stick together”

The first establishing meeting of the Syrian Arab Horse Association has been held in Damascus on the 26th of December 2002 by the efforts of:

Who share the love of the Arabian horse, the desire to preserve it and increase the interest in it, taking their role in the ambitions of their precious homeland towards development and modernization led by the President Dr. Bashar AlAssad, hoping to achieve the goals they have put which are related to the Arabian horse culturally, historically, economically and in sports activities. promoting the interest existing in the Arabian Horse Breeding and documentation. activating it according to the international rules and standards, interacting positively with the society of Arabian horses, around the world which consists of 56 countries member in the World Arabian Horse Organization, working as an organized team according to rich short and long term plans giving the Arabian horse the place it deserves, a symbol of the nation and one of the means that carried the Arabian message to the world and as means to carry the Arabic traditions to the world, keeping the horse honored on this blessed area which is truly considered the homeland of the Arabian horse.

The Goals of the Association are to:

“Goodness is bonded to the forehead of horses till the Day of Judgment” Mohammed Messenger of Allah.

The Arabian horse is considered to be one of the oldest horse breeds in the world if not the oldest. It has existed since at least 3000 b.c.

The Arabian horse is known for its beauty, strength, bravery and faithfulness, thus it was most desirable by those who wanted to breed it purely and to improve other horse breeds. There’re hardly any horse breeds in the world that do not have Arabian blood in it.

Thus the Arabian horse has become a father and an establisher of many horse breeds in the world, it deserves to be called the Arabian ambassador to the world.

The Arabian horse has occupied high status in the Arab’s life. Islam has left its status and encouraged its breeding even it was mentioned in the Quraan and in the speeches of prophet Muhammad.

Ancient and contemporary Arab poets and writers have considered the Arabian horse a rich subject to write about.

Syria, heart of the Fertile Crescent, the north of the Arab orient, the land of great civilizations, the aim of the Arab Trips, played a critical role in the birth and the development of the Arabian horse. The Syrian Desert is the homeland of Arabian horse strains which were related to names of individuals such like (Jedran, Ibn Zobeini ,Ibn Aamoud, Ibn Sehian, Ibn Sbeil Alkihdli, Alsahlan, Shrrak, Sabbah…) These individuals belonged to Arabian tripes that settled in the Syrian Desert such as (Shammar, Rualla, Fidaan, Sbaa, Weld Ali Tai, Al Jbour, Naem Al hadadeen, Al Mawali, Bani Khaled), and we rarely find the names of the main strain such as Seglawieh, Shweima,Obaya, Maanagia, koheila, Dahama, that is not attached to these names.

A quick look at the history books and the Stud books of the world reveals that Syria with its ancient cities; Damascus Aleppo, Homs, Hama, Deir Zour and Palmyra were the aim of most of travelers and searchers who came to obtain Arabian horses.

Again after the national campaign of the Syrian Ministry of Agriculture, the experts and the enthusiasts encouraged by our late knight Basil Hafez Assad Arabian horses in Syria were registered and Syria became a WAHO member which was the essential step in bringing Syria back to be one of the important countries in the world of the Arabian horses to take its role as an important source of the noble breed of the Asil Arabians. 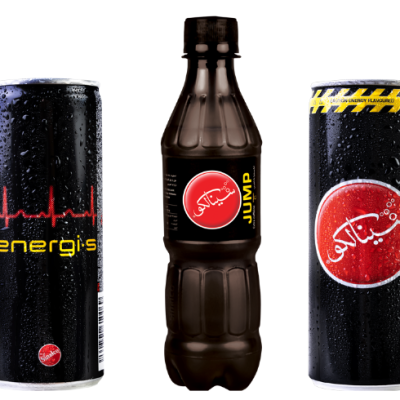